Many shippers don’t truly understand the importance of an LTL rate base. If you use LTL to move your freight, it is critical to understand this information in order to minimize your costs and choose the carriers that best fit your business.

In the past 20+ years, carriers have been raising their rate bases to the point that some carriers are now giving out discounts in the 90+% to offset the extraordinarily high gross charges on a freight invoice.

But before we get into that, I’d like to take you through a few of the basics:

What is a rate base?

A rate base is the way that LTL carriers calculate the gross freight charges of a specific shipment. Think of a rate base as a “list price.” In a retail store, the list price is the cost to you before any discounts or promotions are applied. This is how base rates work in the LTL market: gross charges before discount are the rate base or “list price” of a shipment.

How is a rate base calculated?

Every shipment is billed based on weight. As you can imagine, a 2,000-pound shipment will cost more than a 500-pound shipment. In either case, the cost of that shipment is based on a cost per “hundredweight” knows as CWT (100 pounds).  For every 100 pounds one ships, there is an associated cost, which equates to the gross charges or rate base.

Many shippers identify their pricing by looking solely at their discount. Obviously, the higher the discount you have, the better. Discount, however, is only one part of the equation that determines your final cost for a shipment; the applicable rate base must also be taken in to account.

For example, Carrier A may only give an 82% discount, but the end cost is cheaper than Carrier B who gave an 88%, all because Carrier A’s rate base (cost per CWT and gross charges) is far less than Carrier B. This is something to keep in mind when comparing ‘true’ cost of shipments or lanes.

How do I know what rate base I am on?

Most LTL carriers work off of their own rate base and extend this to their customers; knowing what these are and how they affect the cost of your shipment is important. The odds are that if you have 5 carriers you work with, you are working with 5 different rate bases, making it a challenging process to compare one carrier’s true cost against another’s holistically. 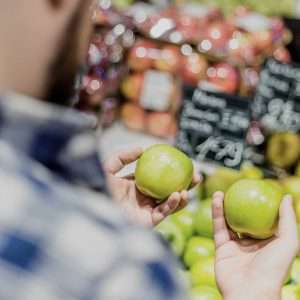 You can usually find the rate base costs (and thus, CWT and gross charges) of each carrier by looking at the invoice. Typically, there will be a “rate” which is the CWT, and a “charge” or “amount” which is the gross total charge before discount.

Why does each carrier have their own rate base?

Understandably, each carrier has their own rate base because they like to control the charges of their services. After all, the costing projections for all carriers is different when you factor in capacity, commodities, distance to and from service terminals, etc. As a result, more difficult lanes for carriers will cost the shipper much more than easier lanes, and this is reflected in the rate base charges.

For these reasons, it is important to know and understand the lanes which you are shipping to most often so you can identify the rate base for each carrier.

What is a standardized rate base and how is this different?

A standardized rate base is one that the carriers don’t control. This means that the CWT and Gross charges of each lane are fixed. They can’t and won’t change over time.

Typically, a standardized rate base is licensed through a third party, such as SMC3. There are many different rate bases you can license and knowing which one is also very important. Some companies work off a published “CzarLite” while others might publish their own rate base (Example: ABC Company might create the ABC500). The former is much more cost effective. The latter is used by large enterprise-sized organizations that need a more control of their freight environment. Each scenario allows the shipper to control the CWT and gross costs of each lane.

The benefits of using a standardized rate base are strong, and I will get into the reasons below. In order to have this type of control, there is an upfront cost in order to license the desired rate base. There are, however,  ways to leverage these rate bases without any upfront costs, which typically involve a third party.

How a standardized rate base can help

One of the best ways to explain this is through General Rate Increases (GRI’s), discounts, and fixed rates.

Every year, each carrier will announce a “General Rate Increase” or GRI. In fact, in recent years, some carriers have announced a GRI twice in the same calendar year. When these GRI’s happen, carriers will typically publicize the upcoming change on their website or news feed that their ‘average’ increase is anywhere between 4-6%. In a GRI, carriers are raising the rate base or gross charge.

The hardest part for shippers is that carriers will not advertise which lanes increased by greater or lesser percentages. It is the responsibility of the shipper to investigate these changes, and unfortunately most shippers do not study the details of these increases lane by lane (and carriers know this).

The big question is, how are these GRI’s truly affecting your business costs? A lot of work is necessary in finding this answer.

In my experience, most shippers end up focusing on their carrier discounts when determining whether or not their rates are improving. As discussed above, this is an ineffective way to analyze rates when using carrier rate bases. Even though the discount may improve by a percentage point or two, it does not necessarily mean you are getting a better rate. You must identify the gross charge first and see if the discount offsets any rate increase you may have taken on the rate base.

If you were to use a standardized rate base, you would want to make sure all carriers were providing pricing on the same rate base. Since the gross charge would be the same for all carriers, it becomes easy to identify a higher discount as better rates vs. a lower discount.

Furthermore, on a standardized rate base, the only way a carrier can take an increase is by lessening the discount since the shipper controls the gross charge. This gives the shipper full visibility into how much the carrier is increasing the cost per lane.

Finally, one of the greatest values of using a standardized rate base is that your price is ‘locked in’ for a period of time, typically one year. This comes in the form of “fixed rates” versus “contracted rates.”

When you are on a standardized rate base, you get a “fixed rate” with the carriers. If a carrier were to take a GRI (once or sometimes twice per year), you would not be subject to it. If you remember, a GRI means that the carrier is going to raise the gross charge or rate base. If they cannot do that because you are not on their rate base, then the rates they provided to you on that rate base, by design, become fixed.

When you are on a carrier rate base, your contract or agreement with that carrier still probably says that these rates are good for one year (or the term of the agreement). This is usually identifying the discounts, minimum charges, and rules as being ‘good for one year’. It is important to note that if a GRI is announced by that carrier, you are taking an increase whether you realize it or not. These rates are called “contracted rates.” They won’t change the discount or the way that carriers bill off of the contract, but you will still take an increase (GRI) at a time that is convenient for that carrier. The contracted rates are still better than not having contracted rates, but your control over these increases is limited.

Summing it all up

In every market there are service premier carriers and service low carriers. In either case, they make up for their service advantages or disadvantages by controlling the rate base or gross cost by lane. They also disguise their costs by providing discounts to these lanes that make it look like you are getting the best rates in the market. As you now know, this isn’t always the case, and it’s not always easy to determine this information.

With a standardized rate base you will be able to acquire fixed rates, not be subject to GRIs, identify carrier costs quicker and easier, and ultimately find out which carriers are a better fit your business. Whether you do this internally by licensing your own rate base or going through a third party is up to your operating environment and how much you want to invest in a solution to help with your needs.

If you have any questions, please reach out to us. We would be happy to steer you in the right direction.